PH agri lags behind in use of FIRe techs 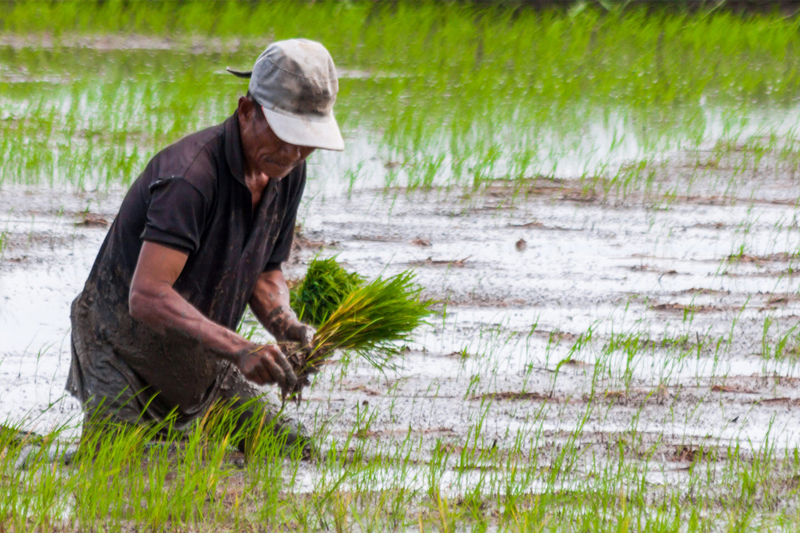 The Philippine agriculture is already revolutions behind the absorption of technology, turning it into a laggard in a number of ways, especially in terms of productivity.

During a press conference led by the Philippine Institute for Development Studies (PIDS) on Tuesday, Dr. Rafaelita Aldaba, assistant secretary at the Department of Trade and Industry, revealed the sector is still in the mechanization phase, generally considered part of the second industrial revolution.

This is amid the fact that several countries across the world are already reaping the fruits of the fourth industrial revolution (FIRe) in their respective agriculture sectors, according to Dr. Jose Ramon Albert, PIDS senior research fellow who was also present during the event.

These include FIRe technologies on artificial intelligence that can detect diseases as well as agricultural applications, such as drones used in precision spraying. Biotechnology and synthetic biology are also being employed abroad to improve crops and invent pharmaceuticals, Albert said.

“Given the sector’s low productivity and supply constraints, these new technologies are important because they could catalyze its growth and attract new investments,” Aldaba explained.

“While the markets are there, we simply do not have the necessary supply of agriculture products,” she added.

The DTI official argued that these technologies can also be utilized to promote food security, given that a lot of the country’s agriculture lands are being converted to other purposes.

“They also provide us with an opportunity to move up the global value chain,” she explained.

From 2000 to 2017, the agriculture sector, contrary to manufacturing and services sectors, has slowed down, from 3.2- to 1.4-percent growth rate.

“The agriculture sector has actually been the weakest link in the country,” Aldaba explained.

This weak performance of agriculture, according to Aldaba, should concern the government as the economy of the regions outside Manila are dependent on agriculture.

Based on the data she presented, both the manufacturing and services sectors are dominated by the National Capital Region, if not by CALABARZON or Central Luzon.

“Given the weak performance of the agriculture sector, how can we then transform our regional economies?” she asked.

Such delay in the absorption of technology can be partly explained by the lack of spending and infrastructure allocated to science and technology (S&T) in the Philippines.

In a 2017 PIDS study, for instance, Albert explained that S&T spending in the country,
whether in public or private expenditures, has been minimal, and even less than the suggested
benchmark expenditures of the United Nations Educational, Scientific and Cultural Organization.

Moreover, S&T infrastructure has hardly been integrated with production needs.

Albert also noted the dearth of studies on the impact of plans and interventions related to S&T given the different thrusts across administrations.

The press conference was part of a series of events PIDS has organized throughout the month of September in line with the celebration of the 16th Development Policy Research Month (DPRM).

The DPRM is celebrated across the country every September in view of Malacañang Proclamation No. 247 issued in 2002. The proclamation declares the observance of DPRM to promote and draw public awareness and appreciation of the importance of policy research in the formulation of sound policies, programs, and projects. The proclamation also designated PIDS as the lead government agency in the yearly celebration of the DPRM.

This year's DPRM centers on the FIRe and aims to shed light on the potential impacts of automation and other innovations in science and technology.

Aside from Aldaba and Albert, also present during the event were PIDS President Celia M. Reyes, PIDS Senior Research Fellow Dr. Ramonette Serafica, Secretary Fortunato de la Pena of the Department of Science and Technology, Mr. Jose Roland Moya, director general of the Employers’ Confederation of the Philippines, Ms. Amina Rasul-Bernardo, president and founder of the Philippine Center for Islam and Democracy, and Ms. Love Basillote, executive director of the Philippine Business for Education. ###