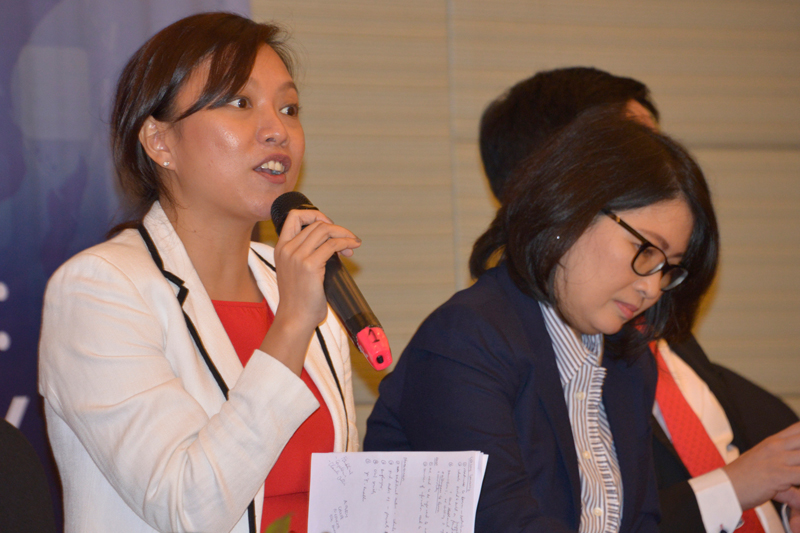 More women than men are at risk of being affected by the rise of the fourth industrial revolution (FIRe) in the Philippines.

This was revealed by Dr. Jose Ramon Albert, senior research fellow at the Philippine Institute for Development Studies (PIDS), during a press conference held Tuesday in connection with the celebration of the Development Policy Research Month (DPRM).

Citing a 2018 study of the International Labour Organization (ILO), Albert explained this may be because female workers usually assume low-skilled, routine tasks, which are expected to be adversely affected by automation.

“Repetitive tasks can be programmed into computers, and what is not codified today may be codified tomorrow, especially with the artificial intelligence,” he explained.

In the case of the Philippines, these repetitive tasks are prevalent in the textile, clothing, and footwear sector, which predominantly employs women, according to Jose Roland Moya, director-general of the Employers Confederation of the Philippines.

This makes the displacement in this sector “gendered”, he added.

Still, he highlighted that the entry of emerging technologies, particularly 3D printing, enables textile firms to improve their productivity and output at lesser costs and reduce errors.

For Love Basillote, executive director of the Philippine Business for Education, this gendered-displacement can be rooted in the culture of the educational system in the country.

Apparently, women are the minority in the science, technology, engineering, and mathematics courses in colleges and universities, according to Basillote.

“You need a lot of technological know-how to do cutting-edge research. Given women are in the minority, they may find it hard to take part in FIRe,” she explained.

With this, she urged the government to improve women participation in STEM courses.

“Only by encouraging our girls to try STEM can we have qualified women to work in a STEM profession,” she added.

Meanwhile, Dr. Rafaelita Aldaba, assistant secretary at the Department of Trade and Industry (DTI), raised the need to capacitate workers this early, especially those who might be displaced by the intensified use of machines in labor.

“We are working together with the private sector in terms of coming up with training programs to identify the needs of industries in the future,” the DTI official explained.

“Hopefully, these programs can make our workers FIRe-ready,” she added.

Aldaba also pointed out the need to balance between automation and labor-intensive activities, such as those in the women-dominated textile sector.

“We are still promoting these labor-intensive jobs, but we are providing human resource development and training programs to improve our workers’ capability and productivity,” she explained.

The press conference was part of a series of events PIDS has organized throughout the month of September in line with the celebration of the 16th Development Policy Research Month (DPRM).

The DPRM is celebrated across the country every September in view of Malacañang Proclamation No. 247 issued in 2002. The proclamation declares the observance of DPRM to promote and draw public awareness and appreciation of the importance of policy research in the formulation of sound policies, programs, and projects. It also designated PIDS as the lead government agency in the yearly celebration of the DPRM.

With the theme, “Harnessing the Fourth Industrial Revolution: Creating Our Future Today”, this year's DPRM centers on the FIRe and the role of evidence-based research in crafting policies related to the emerging technologies. ###