The Global Development Network (GDN) is a public international organization that supports high quality, policy-oriented, social-science research in developing and transition countries to promote better lives. It supports researchers with financial resources, global networking, as well as access to information, training, peer review and mentoring. GDN acts on the premise that better research leads to more informed policies and better, more inclusive development. Through its global platform, GDN connects social science researchers with policymakers and development stakeholders across the world. Founded in 1999, GDN is currently headquartered in New Delhi.

As the Philippines’ central monetary authority, the BSP is responsible, among other things, for:

The Office of the Undersecretary for International Economic Relations serves as the core office that oversees the formulation, management, and implementation of Philippine international economic policies and programs in the conduct of Philippine relations at the multilateral, plurilateral, regional, and bilateral levels.

The ANSIEC discharges the substantive and administrative functions of the APEC National Secretariat (ANS) which include preparations for Philippine-hosted APEC meetings and providing substantive support for meetings of the Technical Board on APEC Matters (TBAM), and other APEC-related inter-agency groups. 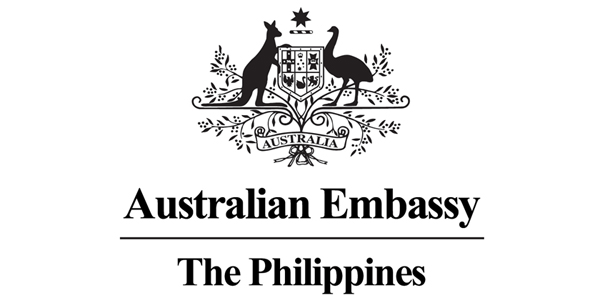 The Asian Development Bank (ADB) is committed to achieving a prosperous, inclusive, resilient, and sustainable Asia and the Pacific, while sustaining its efforts to eradicate extreme poverty. Established in 1966, it is owned by 67 members—48 from the region. Its main instruments for helping its developing member countries are policy dialogue, loans, equity investments, guarantees, grants, and technical assistance.

The Department of Labor and Employment (DOLE)  is the primary policy-making, programming, coordinating and administrative entity of the government in the field of labor and employment. DOLE promotes gainful employment opportunities by optimizing the development and use of the country’s manpower resources; advancing workers’ welfare by providing for just and humane working conditions and terms of employment; and maintaining industrial peace by promoting harmonious, equitable, and stable employment relations that assure equal protection for the rights of all concerned parties. Its long-term vision is that every Filipino worker attains full, decent and productive employment.

PROSPERITY PLAN FOR ALL: PLAN 2022

Anchored on the Values of Passion, Integrity, Creativity, Competence, Synergy, and Love of Country, and our Mission as the government's main economic catalyst in Enabling innovative, competitive, job-generating, inclusive business, and Empowering consumers. These we do in order to achieve our Vision 2022 of "A more inclusive and prosperous Philippines with employment and income opportunities for all."

The Department of Trade and Industry (DTI) is responsible for realizing the country's goal of globally competitive and innovative industry and services sector that contribute to inclusive growth and employment generation.

Pursuant to the Philippine Development Plan (PDP) 2017-2022, we shall endeavor to reduce inequality and poverty by expanding economic opportunities in industry and services, and by increasing the access particularly of micro, small and medium enterprises (MSMEs), cooperatives and overseas Filipinos (OFs) to these opportunities.

The Commission on Higher Education (CHED) was established by virtue of Republic Act No. 7722 otherwise known as the Higher Education Act of 1994, which was signed into law on May 18, 1994. The creation of the Commission abolished the Bureau of Higher Education and confined the jurisdiction of the Department of Education (DepEd) to elementary and secondary levels of education. The CHED is under the Office of the President. It covers both public and private higher educational institutions as well as the degree granting programs in all postsecondary educational institutions. Pursuant to Republic Act No. 7722, the CHED is mandated to: a. promote quality education; b. broaden access to higher education; c. protect academic freedom for continuing intellectual growth; and d. ensure advancement of learning and research.